So what is health and wellness?

It’s actually defined by the World Health Organisation as:

‘A state of physical, mental and social well being’.

At Teacan, we believe in a lifestyle approach to mental and physical health – there really is no magic pill.

When living a healthy lifestyle, our bodies are evolved to release a steady flow of ‘feel good’ chemicals such as serotonin, dopamine, endorphins and endocannabinoids. If presented with a dangerous situation where immediate action or attention is required, stress related chemicals such as adrenaline and cortisol are released, which is perfectly normal and we need this balance to ensure we manage the dangerous situations in our lives. The key to this biological system is balance.

Unfortunately, modern day life doesn’t lend itself to this balanced release of chemicals, but knowing what makes us tick and how to achieve this chemical balance is essential to feel well and avoid mental and physical health issues.

So please enjoy our quick run down of the 6 pillars of health and make sure you are paying attention to each one! 🙂 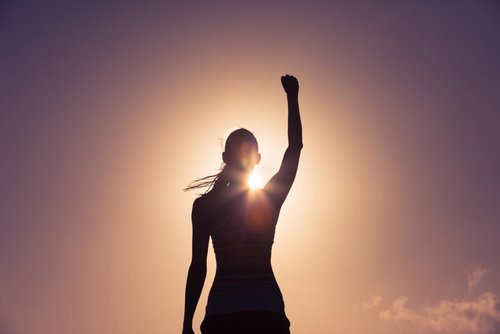 You are what you eat. Simple as that.

There’s so much misinformation out there driven by commercial and corporate motives. However, the basis behind every proven healthy and nutritious diet is actually quite simple.

You should eat a well balanced and varied, nutritious diet that is full of natural foods and in moderation.

It’s tough to do but if you do eat well and make this part of your daily routine, the positive effects on physical and mental health are undeniable.

Exercise or physical activity is extremely good for you. It gets your heart going and provides benefits to both your physical health and mental health. It raises levels of all important feel-good chemicals, decreases stress hormones and steadies the metabolism to allow for sustained energy release. Anandamide, an endocannabinoid nicknamed the bliss neurotransmitter, is also shown to spike during exercise.

The evidence is also mounting that neuroplasticity (formation of new brain cells) and memory function is greatly improved when taking part in a regular physical activity. So please make sure you do it!

We are not talking about facebook likes or instagram followers. This is about family and close friends; the people who really care about you and vice versa. It’s proven that loneliness and isolation are more detrimental to mental and physical health than either of the nutritional or physical activity elements. So spend time with the people close to you, and you will feel better. Easy.

This one is overlooked. When we create new neural connections in the brain our body releases the same feel good chemicals as when we eat a nutritious meal or exercise. There’s a reason for this; our biological evolution has determined the more we learn, the more knowledge we have and the better our chance of survival.

So be creative, and keep the mind as active as possible – listening to music (pattern recognition), fun hobbies, reading, music, whatever you enjoy learning and doing – it’s absolutely essential to overall health!

Having a purpose and meaning in life is key to feeling fulfilled. What is your place in society? Your family? What about your social circle? Your job takes up such a large part of your life, so make it count for something. Always follow your passions rather than the money. Hard work at something you enjoy or care about a lot will result in feeling productive (and not feel like hard work!) whilst having an active role in your social circle and family will make you feel positive about your place in your immediate social community.

Nature is an obvious one if you have ever had a walk in the park, a trip to the countryside, or been near a river, lake or ocean. We were evolved to live in nature, not indoors in offices sat behind a desk.

Connection to the natural world including wildlife is proven time and time again to have a positive effect on our mental health in particular.

Our body knows best, and being in nature is proven to make us feel good, so prioritise it.

So there we have it. For anyone trying to achieve a sense of wellness or health, check through all 6 items on our list. If one or more is not getting enough attention then take a closer look at that and change something.

Many people seek a magic pill from the Doctor or a medicine as a quick fix. The truth is that there is no such thing. Tackle the root cause and you may get that feeling of wellness and health that you want and deserve 🙂

In short, yes it is.

CBD that is derived from a hemp strain that is EU approved and perfectly legal in the UK.

At Teacan, we do everything we can to ensure the supply chain for the CBD infused in our tea meets these regulations.

There’s a lot of debate about the legal standing of CBD due to its association with the cannabis plant and in particular, the marijuana strain that contains high levels of THC (the psycho-active element) and illegal in many regions.

It’s important to note that the Cannabis Sativa plant has two strains of significance – hemp, which contains high levels of THC and very low levels of

The EU regulations around licensing and the approval process for food and drink products is under review by the UK and EU FSA (Food Standards Agency). The momentum is towards providing CBD products to continue to be sold whilst this process is ongoing due to the widely known benefits of CBD, which is good news for the future of the industry.

We only believe in the highest quality CBD so we are very confident that our suppliers will meet the criteria with flying colours and once the regulations come into force, this will remove much of the poor quality CBD in the market – so we can’t wait for that to happen!

It’s widely known that CBD causes a calming effect, whilst caffeine produces alertness and an increase in energy levels.

To understand how these two compounds interact with the body when consumed together, we need to look at how each one works individually.

During the day, the body naturally produces energy by breaking the down ATP (Adenosine Triphosphate) and produces a bi-product, Adenosine.

This is useful because the higher the amount of Adenosine in the brain, the more tired and sleepy you feel.

As we create energy from this process throughout the day, the concentration of Adenosine increases and starts binding to Adenosine receptors in the brain, which triggers a chemical reaction that induces natural tiredness.

At the end of the day, or after enough Adenosine has bound to receptors, then sleep follows, which allows the body to rest and recuperate and build up its energy stores again.

Caffeine blocks the Adenosine receptors however does not trigger the same chemical reactions that induce tiredness and sleep. By acting in this way, it prevents the brain from feeling tired and giving a sense of alertness. After 2-4 hours the caffeine is broken down and a flood of adenosine binds to the receptors, creating the over-tired ‘come-down’ feeling.

At the same time, and by a mechanism that is not yet fully understood, the Adrenal glands produce an increased level of Adrenaline and Noradrenaline which increases energy levels and alertness (fight or flight chemicals).

Cannabidiol (CBD) also acts on the Adenosine receptors by increasing their sensitivity, essentially allowing utilisation of more Adenosine than usual.

This counter acts the action of caffeine on the adenosine receptors however does not prevent it from stimulating the release of Adrenaline and Noradrenaline, which increases energy levels and alertness.

This is the reason why CBD can counteract the ‘come-down’ effect of caffeine experienced about 4-6 hours after consumption.

Getting a good nights sleep is all about having a nightly routine that you can realistically stick to and making sure a few key things are in place.

Don’t cheat yourself on this and always get at least 7 hours, and ideally 9 🙂

We are evolved to sleep better in cooler conditions that replicate the twilight hours (no sun = lower temperatures). So turn the thermostat dial down and get under that duvet.

3. Have a HOT shower or bath

4. No screens and dim the lights 1 hour before sleep

Our natural body clocks are programmed to sleep at night. Don’t let artificial bright light from phones, tv or ceiling lamps trick your body into thinking it’s day time. The dim lighting will trigger the release of sleep inducing chemicals including Melatonin, which is essential for a good nights sleep.

5. And finally…..RELAX (still no screens)

No instagram, No messaging. Instead read a book, do 20 mins of Yoga, or whatever it is to help you relax (yes, that as well). Whatever you can do to settle your mind. We obviously recommend a cup of Teacan 30 mins before bed with that book ;).

If you want to read more on this then we highly recommend Matthew Walker – Why We Sleep.

get news and updates:

Please note that seeds are strictly for souvenirs, storage, etc. and illegal to germinate in most countries